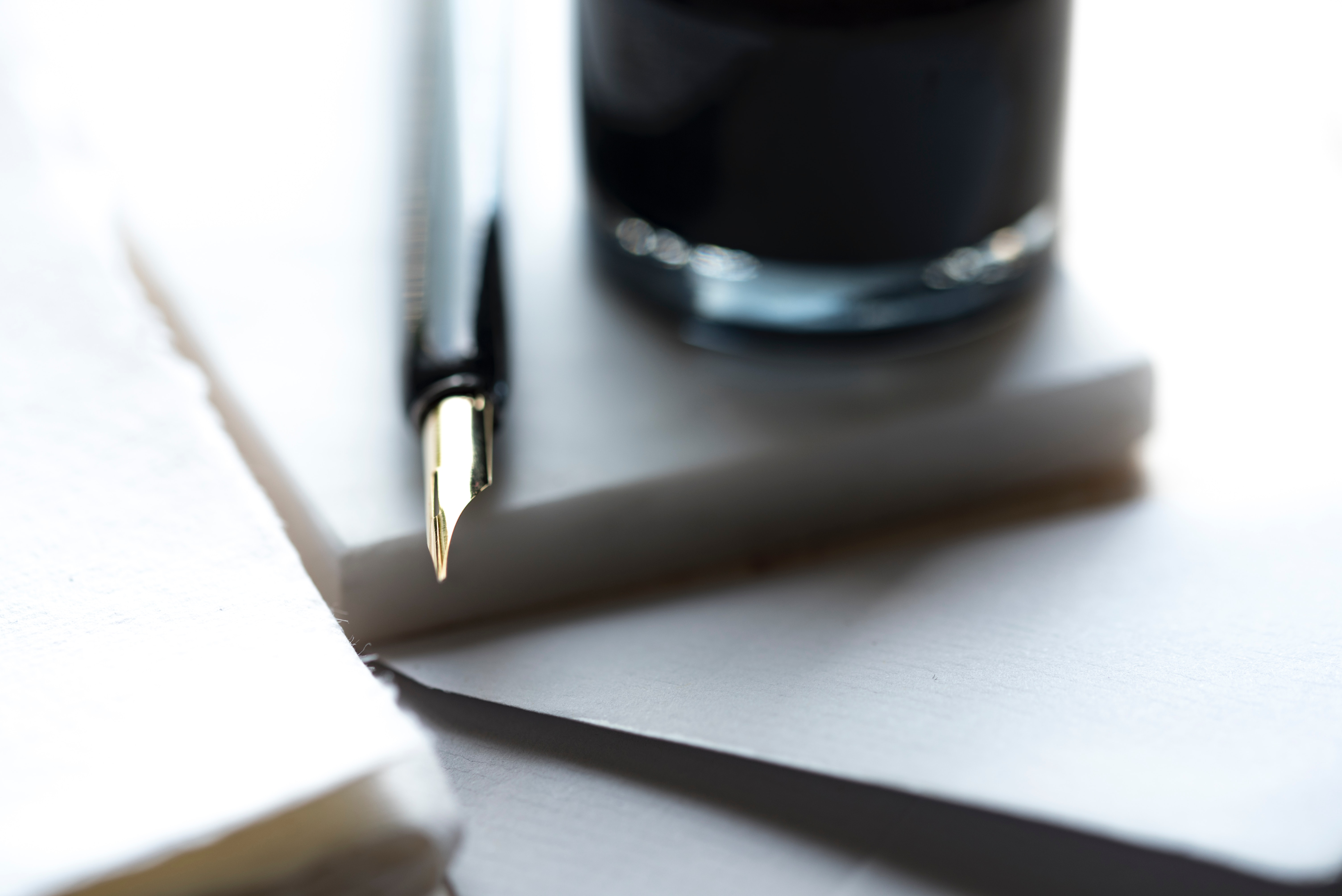 Yesterday, I cleaned my office; I’m on holiday for the rest of the week, and I’m hoping to catch up with a few other (necessary) household chores.

It’s still not how I’d like it but it’s better than how it was. I need to give away some of my books and scan and shred some old papers — neither is a five-minute job.

Normally, I sit at a half-circular desk to write at my computer but I’ve also got a small table where I’ve a drawing board.

And then there are the pads, pens and some paint and creative paraphanalia which lay in various piles around the room!

Sadly, for a long time, said materials have not earned their creative keep and have remained dormant. To say I’ve had a fallow period is an understatement; I can’t recall the last time I spent any concentrated time practising Spencerian script, handwriting or pen and ink.

As to why I’ve not set aside the time to practice — even 30 minutes a day would be better than nothing — I’ve no idea. Creativity shouldn’t be that hard but, somehow, I’ve allowed paid work and the detritus of life to get in the way.

And that’s some admission.

What a crock…I know, as do you, that if I want to break through Resistance, the only thing I need do is sit down and do the bloody work. Hemingway said as much:

“There is nothing to writing. All you do is sit down at a typewriter and bleed.”

In a way, I wish I wasn’t telling you this but then again, I don’t want you to feel I’ve got it all figured out.

I suppose one of my biggest faults is that I want to be good from the Get-go. I don’t want to labour too long to find my schtick but then again, nothing is mastered without hard graft.

I could at this stage go big and commit to some new practice but I’ll refrain from doing so. I need to see how things pan out once I return to work next week. I know I won’t have the breathing space that my holiday has allowed me and, if I’m not careful, I’ll say one thing and end up doing something completely different. One thing I need to focus on is building up the memory muscle — same time, same location and same environs. I hope my little desk does the trick but then again, I’m not too bothered where I sit as long as I get something down. I don’t suspect I’ll be able to get much done in the morning, and, at best, I’ll have to start after 7 pm, which means I’ll probably have no more than a couple of hours to dedicate myself to my craft.

It would be nice to think that I can refine my calligraphy and writing to the point where the practice becomes actual art. I can visualise a few of the people that I’ve followed online and inspire me but what I long for most, even if my art isn’t art-worthy, is to find my own style. If I can, I’ll try to share as much as I can here and on Instagram but if I don’t it’s only because I don’t want to kill the muse — or whatever it is that shows up when I sit down to create.

Photo by Joanna Kosinska on Unsplash