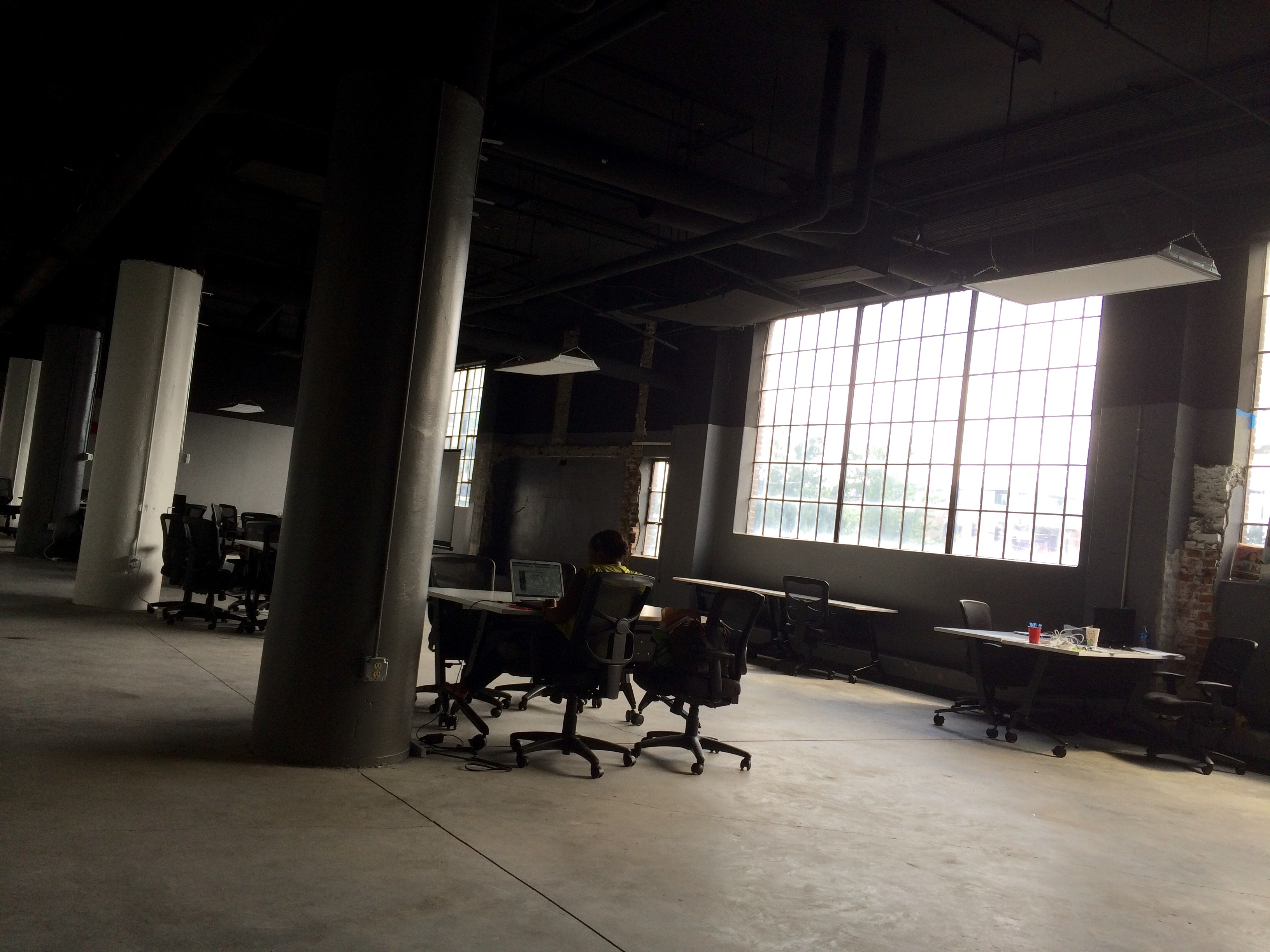 “The truth is that everyone is bored, and devotes himself to cultivating habits.” ― Albert Camus, The Plague

Don’t worry, it’s not another piece about flexible working or the like. For sure, more companies and professional service firms should get with the treat-people-like-adults programme and trust them to do their best work at home; but of course, we’re a million miles away from that paradigm. In short, leaders of whatever hue are scared witless of disturbing the status quo.

What I mean to comment upon is: why (do) we endure office work?

We’re not built to…for a start.

Neither is it healthy: bad backs, RSI, coughs and sneezes — and a good deal more — and, if you believe the latest science, it even shortens our life (“Sitting down for too long may be causing 70,000 UK deaths a year”).

But it’s worse, much work. It denudes you of life.

Hang on I hear you say.

What the hell are you talking about now, Summerhayes?

It’s easy: we’re not meant to work in an office. The land. Yes. The outdoors. Yes. Even the sea; but working in an office is bad for your soul.

You might think I’m being churlish — and I suppose I am to a point — but part of the problem with the world is we’ve lost connection with reality; namely, the outdoors.

Think about it. Even though gardening or walking may not be your thing, it’s a rare person who isn’t restored spiritually, psychologically or emotionally by spending time outdoors. In fact, it’s way better than a gut-busting workout or even a family gathering or the like.

Yes, yes, that’s all great Summerhayes, but how do I combine nature or the outdoors with earning a living?

Farming is the obvious answer but, actually, we have to look a lot deeper at the question.

Why do we work at all let alone in an office? It’s probably not true but wasn’t it John Maynard Keynes who said by now we should be working 15 hours per week? All that technology etc. should have freed us from the tyranny of mundane work.

Think about it this way. If we lived in community, where we shared a common aim of service to a common good, applying our skills in whatever way was most useful, how much of our modern, capitalist lifestyle would remain? It’s conjecture of course (I’ve never lived in community) but I’d wager an awful lot less.

I’m not saying the community wouldn’t need to generate income but if houses needed to be repaired, seeds sown for the forthcoming season or caregiving for the young and elderly, we sure as hell wouldn’t be spending endless hours at a computer composing word-perfect emails to satisfy a plethora of demanding customers and/or the boss.

Perhaps my heady brew of community living doesn’t float your boat. You like working in an office but then again, working with your hands is way more beneficial than shuffling paper — electronic or physical.

Back to my question. Why do we endure it?

The question does not evince an easy answer. In fact, I could probably write a whole book on the subject but it’s most likely because we’re scared of losing what we’ve got.

But again, you’ve got to back up and ask yourself why is it that our parents, the education system and our early years has taught us such melancholic conformity. What if we stopped running just long enough to imagine a more beautiful world? Surely we wouldn’t be so desultory of our souls to only imagine a better office environment! If I’m honest, I don’t have much time for all the gimmicks that are awash in the employee engagement, well-being or best place to work arena. The truth is, if we did something meaningful and purposeful, we wouldn’t constantly have to reinvent the nether world of work to seduce people to believe in the cultural imperative.

I suppose what I crave most is a conversation that bears on why we feel drawn to the office and not something else. It’s the numbers of course. I don’t just mean the number of office-based jobs. I mean the amount of money that we perceive can be earnt working in an office. Oh, I’m sure there are a few jobs that enable people to do meaningful work outdoors without recourse to a smartphone, computer or endless, tiresome meetings but they’re very much in the minority.

So there you have it. We’re happy to trade away the possibility of being connected to the outdoors, doing something worthwhile and living longer all in favour of the money.

I realise that sounds too tepid a summary but I’d wager very few people feel strongly enough to say f*ck the office if it meant giving up their salary and perks in favour of something more meaningful. And by meaningful, I don’t mean another faux-labelled job. I mean something that sincerely answered their call.

For me, and this is something I’ve battled to and fro with my wife, it’s hard for me to recall a single day working in an office where I felt alive. Indeed, I’d go so far as to say that what I’ve done is park my soul in favour of fitting in. Trust me, if I were to bring all of my self to work there wouldn’t be much room in the sandbox to play stupid office games/politics. The times when I’ve been most alive, as strange as it might sound when set against my nature/outdoors motif, is standing in front of a group of people sharing a different (my!) perspective. I wouldn’t be as arrogant to suggest that what I was sharing was anything new but I was sufficiently troubled out loud to speak my truth in an atmosphere of openness and, dare I say, love.

And if that was it for the rest of my life, it would beat any office job, no matter how well paid.

Photo by Jadon Barnes on Unsplash