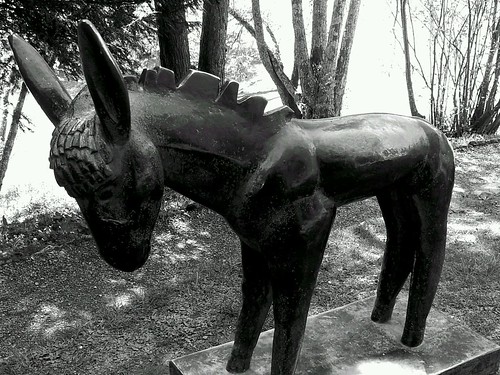 [Donkey: Close enough to a dog. It doesn’t have a tail!]

Cast your net around: Twitter, LinkedIn and Facebook. And if you have time, put a few searches into Google Reader, and you will soon be overwhelmed by the dearth of material written about social media.

Is it my imagination, but the industry appears to have gone into overdrive to convince and convert everyone of its import?

You would think there was nothing else on your agenda?

But don’t be fooled.

At its most basic, social media is a platform that integrates your content production and facilitates a two-way (or multiple) conversation or allows something to spread by word of mouth more rapidly. Importantly, it still involves people.

Before you get carried along with the euphoria of the multitude of free platforms, remind yourself of:

Right now, my sense is that the proverbial tail is at risk of wagging the …!

Perhaps it’s the space I occupy, but even with my enthusiasm for the paradigm, I am fed up with the Blah Blah. If it isn’t someone regaling me with their love of the next shiny platform, it’s the knowingness about some pseudo expert.

Pot calling kettle black – perhaps; but I didn’t go into the social media space to inherit the technician label (sorry): “He sure knows his onions.”

Social media is the means not the end.

I’m far more interested in using the disruptive technology, empowerment psyche and marketing advantage to build something – both for myself and others. In time, either through case studies or interviews, I want to provide detailed analysis how social media has made a meaningful difference to real businesses and not just prattle on about people who sell social media.

Ask yourself, how many examples can you point to where someone is prepared to open up and tell you how their Twitter feed(s) or blog has made a measurable difference to their business?

If you have been following my blog, an early riff was around the idea of entrepreneurship and the need to work on the business, not in it. Having a strategic objective, executing like hell, staying curious and building a template that gives you plenty of headroom to scale the business is what’s important. Oh, and making a decent profit along the way.

Not (please) social media for the sake of it. The business has to fit around social media, not the other way round.

Don’t get me wrong, social media has a powerful role to play but it is no answer to:

How many businesses have you seen hop aboard one platform after another but, notwithstanding these additional touch points, the user experience stays the same: crap!

I am not saying that those businesses shouldn’t dive in, but I would wager that more than a few are doing it for selfish reasons, rather than with any avowed intention to change the business based on user feedback.

Take the humble customer service team. I have lost count of the number of times I have read about the cost savings of taking complaints into a social media space. What’s that about? Your product is crap, and the answer is to rehearse the issues in public (because it’s cheaper) but you do naff all to change things. I would be far more impressed if a few more CEOs were prepared to use social media to answer to their shareholders or employees or suppliers in a way that showed they genuinely cared, rather than hiding behind the faceless machinery of a corporate feed or the usual team of people fielding the complaint letter.

If you are blown away by the potential of social media, then at least you get it. But just remember that the business was most likely built without so much as nod or  wink in the direction of digital. Of course you should embrace as much of the technology that will give you a competitive advantage, but don’t take your eye off the ball.

The prize still remains to show up every day, do your best work and delight your customers. If social media enables, helps or facilitates that process fantastic. If not, don’t waste another second talking about it. Go back to what you know. Make bigger promises and build trust by speaking to people in a way that shows you care.

don’t get lost in social media

Why social media is not about Social Media