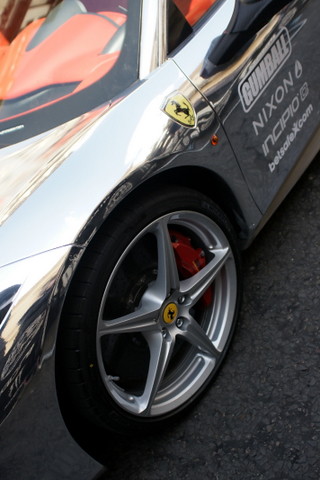 Have you been asked this question yet?

Sorry, I don’t believe you.

Social Media, as a phenomenon, is not new – not if you see it, as I do, as another form of communication: but not the old school One to Many; but rather, much like going to a friend’s house for a party, a networking event or simply going out and meeting people, Many to Many.

Now, I know this sounds a bit glib, but there is a real risk that Social Media gets hyped to the point where it collapses under its own weight.

I have worked in a number of sectors – aerospace, recruitment and law – and by and large the predominant theme for me has been people:

I have read an increasing amount of material on social media, some of it niche specific to law or the professions and by and large the focus has been on execution: how to make the most of LinkedIn and Twitter (Facebook seems to have been dismissed as irrelevant). The premise being that if you ‘network’ using these sites then, hey presto, you will win new clients and the time investment will have a pay off.

Now I completely understand that. If, as a time poor professional, someone is going to tell you to start diverting time from other business development activities then of course you are entitled to say: “What’s in it for me?”.

But hang on a moment. I have yet to see more a than a handful of people claiming to have won business from either of these platforms; if anything the overriding theme has been it all seems fairly pointless and that people would rather stick to what they know and what has worked in the past.

I may be wrong is this assumption, and without breaching any client confidentiality, if you can direct me to examples where lawyers, law firms or other professionals are generating more than say 10% of their leads or new enquiries from LinkedIn or Twitter then I would love to hear from you.

My point is this: Before you start jumping head first into the social media pool for heaven’s sake decide on some clear goals or objectives. And I don’t mean some vague or quixotic notion but rather some very specific objectives.

I have just finished reading Chris Brogan’s book Social Media 101 and I can’t recommend it highly enough. It is jammed packed with great ideas and thoughtful insights which although generic could be deployed in every organisation.

At page 254 he sets out a lists a few sample goals.

In no particular order:

I am sure you could refine or embellish these and apply the ubiquitous SMART principle but the point is – have something in mind before you start beyond just fee income.

When someone asks you next time what’s in it for them, you should be able to direct them to an agreed strategy that will be internal and external facing so that it should be clear exactly what they are going to get out if.

I would be really interested to learn of your own experience of integrating of social media and whether you see it being something that can work for you and your business.

PS. If you haven’t hooked up to Google Reader, got an account with Technorati or signed up to Slideshare then I highly recommend that you do so if you want to keep your ear close to the ground around your practice area.