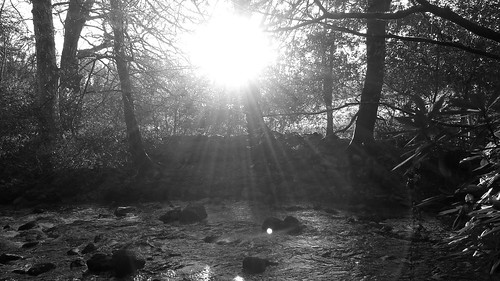 Everyone is looking for an edge.

I’m convinced of it.

But, in all seriousness, why are you using (not engaging with) social media? (When I posit these questions, I’m not doing so to be clever but, absent a face-to-face conversation, how else can I get you to think beyond just reading the words?)

My point is that social media is not a sales machine or faux method to snare your clients. It’s much more. Indeed, done right, it has the power to change the way you see the world, fundamentally alter the culture of your business and build a committed tribe beyond the singular dimension you (currently) survey.

For most people — call them ‘leaders’ if you must — they not only don’t understand the import of social media they would rather it didn’t exist. That said they know it’s not going away but it’s definitely an arm’s length paradigm, and not something integral to their psyche. Ask yourself how many of your so-called leaders have taken to the social media airwaves, and I don’t mean in the sense of the occasional Tweet but have walked the talk that they wish everyone else to adopt.

I know there are many naysayers who adopt the position that the most important thing (still) is the work; but they’re wrong. The work is the work and nothing more, and whilst it exists perhaps they can make this argument but as someone who’s been around the commercial block a few times, I’ve yet to work for or work with any business that wasn’t always on the hunt for more sales, market penetration, a way to differentiate their offering, or, in broad measure, to make the business of earning a profit and pleasing their stakeholders as easy as possible.

When I first started off in social media I remember talking about the hierarchy of success. I discovered it on reading Groundswell, and to my mind it summed up perfectly what was needed:

I’m not sure if it made complete sense to people (perhaps it would have been better if I’d made up a top 100 post or the like!) but it was the most obvious place to start. (I’m still a great believer that execution with purpose determines strategy but when there isn’t enough being done in the space, it’s very hard to work out…where next.)

But a few years on, people still seem obsessed with the technology and disregard almost entirely any form of strategy, let alone some simple objectives.

I recognise this post is a nod to the professional services sector, and I’m quite sure those in the social media ‘know’ will be able to point me in the direction of a number of exemplar businesses that do all of the above and a whole heap more, i.e. employee engagement, managing the ROI and investing serious money in social media, but, certainly as regards the majority of businesses I’ve looked at, they’re still a long way off a digital first model.

As well the absence of focus and intent, I also feel social media is stuck. It’s stuck largely because no one is prepared to commit. Ask yourself, what does a business look like that puts digital first in all its dealings with all its stakeholders? One thing’s for sure, you wouldn’t need to talk about how to master the tools (please no more posts on the latest twist and turn on LinkedIn etc.). Instead, you would be focused on a paradigm shift in the mindset of every person inside the business whatever their position.

In my work, it’s often difficult to know where to start. Sure, I could offer another training session on Twitter or LinkedIn but it’s not purposeful. All it’s doing is satisfying that tiny voice inside you that feels guilty for not knowing more about something that in your gut you feel is important but you’ve no idea why. Where I’d much prefer to start is to win the hearts and minds of the leaders — to turn them on to the amazing opportunities that social media offers. Only then would they would stop and question their limiting self-beliefs, chief among those is age (since when is age a barrier to learning?)

We are fast approaching a point, as I knew we would, where every business has the requisite social media platforms. But that’s not enough. There has to be a cultural revolution where everyone in the business thinks digital first, or at least how they can connect and share a message digitally whether that be via blogs, Twitter, Facebook Instagram, YouTube or Vine.

To my mind, if you fail to commit you’re stuck in no man’s land where you can’t go back for fear of looking stupid or traducing the brand, and going all in doesn’t seem possible because too many people cling to the idea that there’s still merit in the old ways.

And in time, it’s a strategy that’s doomed to fail.

OK, what do I know in any event?

The thing is when I look at my children and the way they perceive business and all its junk messaging, their mindset is so far removed from most marketing I know that in a few years’ time when they become consumers, they won’t give a fig about recommendations or the like. Everything will come through a social channel of one type or another.

Will your business be ready?

My clearest advice is this. Stop talking about social media as something out there, and bring it to the centre. And that means every agenda of every meeting should start with social — that will demonstrate that it’s of strategic importance.

If you can’t get traction internally, whatever your position, then the gift to create and share your passion for your work. In other words don’t stand on the sidelines waiting for the right conditons. Climb out of your comfort zone and create art. Oh sure, you might have to navigate the odd social media policy and the like but that’s a small price to be paid if you want to rise above the noise.