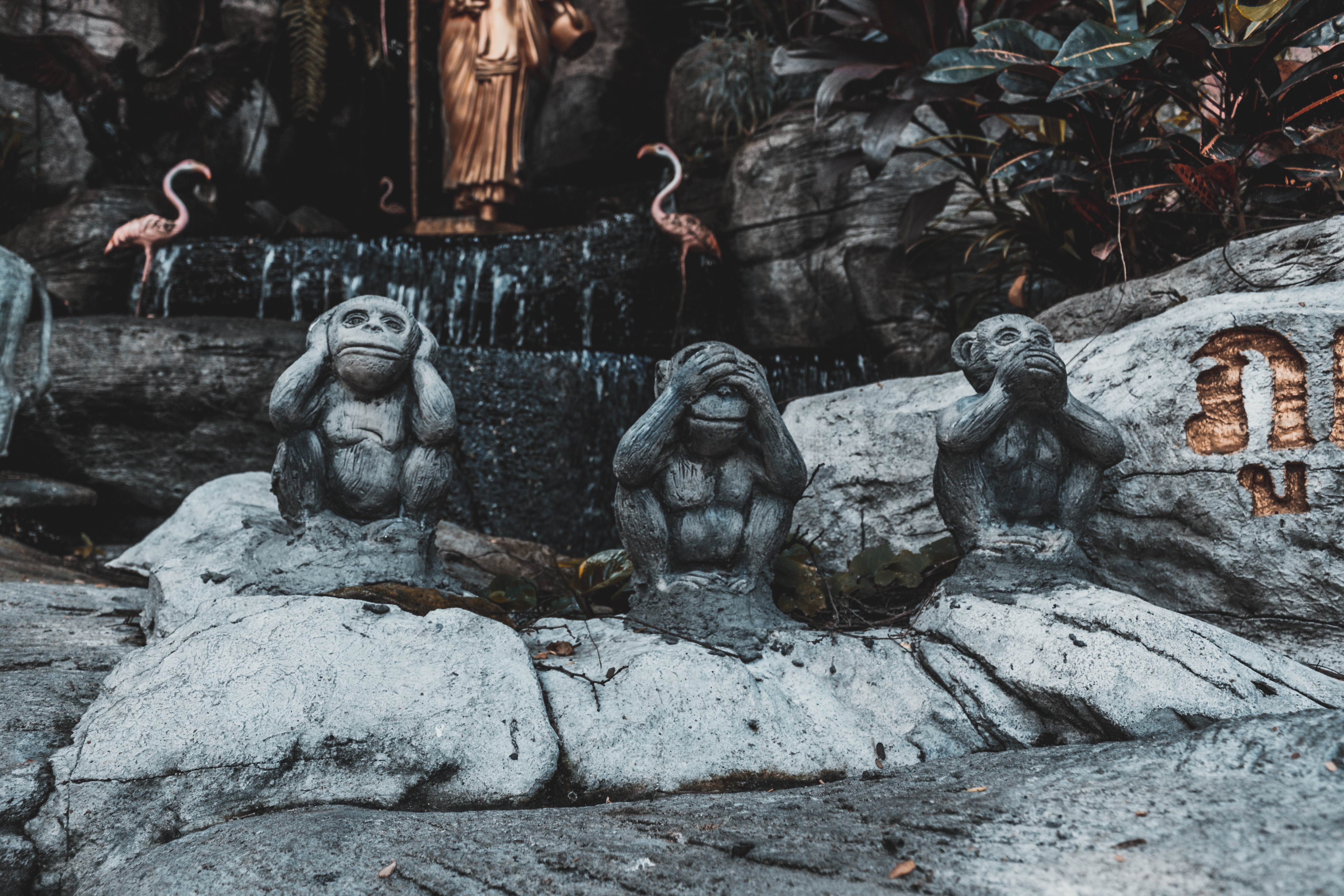 What is it we (constantly) seek?

Why is it we’re never happy with what we’ve got?

It’s not as if it’s a matter of survival, at least for the majority of us.

But it hasn’t always been this way.

Indeed, you don’t need to scratch the surface of history too hard to realise that we’ve become a nation/world addicted to the matrix of money, greed and having it NOW!

Plastic in our oceans; climate change; deforestation; soil erosion; wars; and a plethora of issues that show me, at least, how little we care.

Now, I realise this is a bleak message, and I’m not immune from my own chagrin, but at what stage will we wake up and smell the acrid smell of our destruction and change our ways?

When it’s all gone?

It certainly seems that way.

What does this say of us?

But, hey, you know all this. And in the right atmosphere, it makes for good conversation — lots of finger pointing, bile and (I’d wager) very few naysayers.

And if that’s the case, why aren’t we all doing much more to change our want-driven ways?

But then again, it must be the case that we’re so far removed from the natural world to feel nothing — and I mean literally nothing — if we’re content to kill everything — either by commission or omission.

It could be so different…

As I’ve previously explained, I’m now holed up in a full-time job and that means I’ve limited time to network or do any public speaking. But if my brief review of LinkedIn is anything to go by — it’s my best gauge of what’s going on in the business community — there is next to nothing being shared or discussed that bears on my calamitous point. Of course, this isn’t representative of anything but then again, I’m doubtful from the few conversations I’ve had with other business leaders and work colleagues, if the mood music is much different.

To narrow down the lens of my criticism, I’ll take something that routinely appears in conversation; namely, the Why of a business (see the talk by Simon Sinek, “How great leaders inspire action”). Given what we now know about the impact that business has had and will continue to have on the planet, it has to be case, whether it’s the use of renewables or adopting the circular economy, that all businesses should urgently be reviewing their sine qua non.

I don’t mean a stupid strapline. I mean: should they continue to trade and harm the planet at the same time?

I know, it sounds ridiculous.

Why would a business forcibly (and merely to entertain my inner turmoil) wind up its operations because it’s not saving the planet?

Where would the world be?

A lot better off, actually.

In case you’ve not thought about it, the world doesn’t need us one iota. We, on the other hand, depend on it for our survival.

Even if my suggestion is too extreme, what’s the alternative? A slow creep towards a mildly greener business? Legislate the sh*t of them? Or, well, err, let’s do sweet FA?

Even if we can’t get our business leaders to adopt a more planet-friendly agenda, what of us as consumers?

Imagine for a moment if we stopped feeding our various wants. Not for a week but forever. One thing’s for certain, a lot of people would be out of work and, no doubt, there would be a sudden shock to the world-wide economy sufficient to set the currencies running in the wrong direction. Hell, there might even be rioting on the streets as public services were no longer available by dint of insufficient tax receipts to fund everything we now take for granted. Some (I’m sure) would lose their nerve and revert to their previous habits but if we all stood firm, knowing that the survival of mother earth was at stake, we’d quickly find that we would have to work together to recycle everything, adopt a gift-led economy, make the best use of what we own and get on with our neighbours.

Of course, I’ve no way of knowing what material difference this would make. It might buy the earth a bit more time but probably not much more time. Population growth would see to that.

And I suspect this is at least part of the reason why people don’t give a sh*t:

“if everyone’s not going to buy into the green, save-the-earth agenda then why should I change my materialistic ways? Forget all for one… It’s always been about what’s mine is mine!”

In the end I don’t expect what I say to make any difference to your life. But then again, either in your personal capacity or in business, at the very least, isn’t it about time we questioned more deeply the purpose of business and our obsession with worshipping at the Temple of Wants?

Photo by Chris Tweten on Unsplash